In the reception, activities of the Japanese Self-Defense Forces were introduced by panel displays, video materials, and brochures. Presentation stands were set up to introduce Japanese defence industries. Japanese food prepared by the chef de cuisine of the Ambassador’s residence was served, with Japan-related drinks including Japanese sake and whisky. 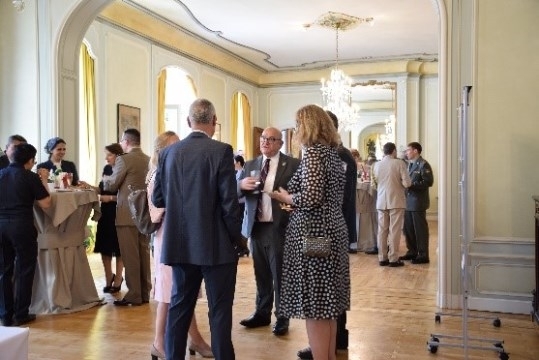 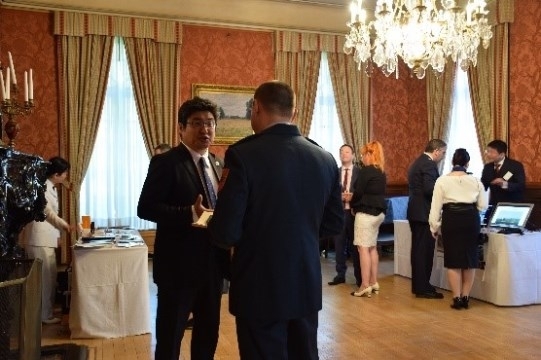 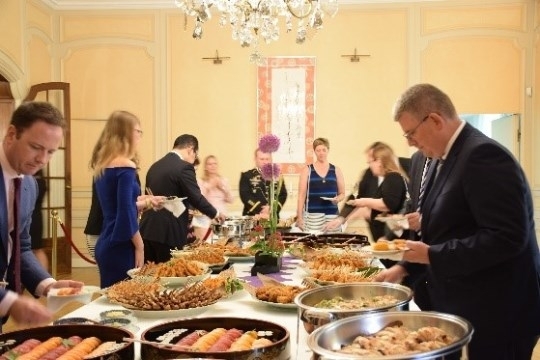 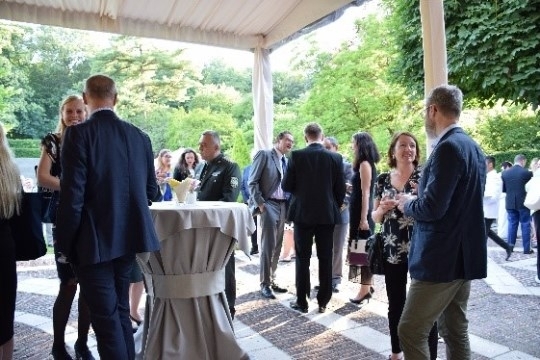 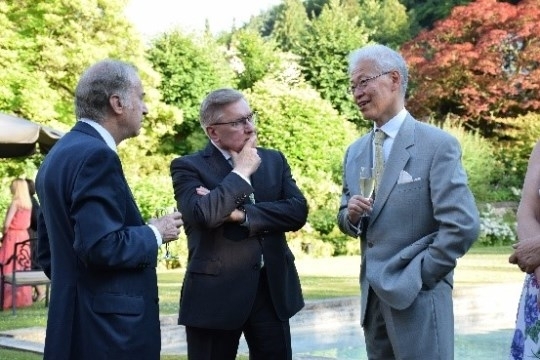 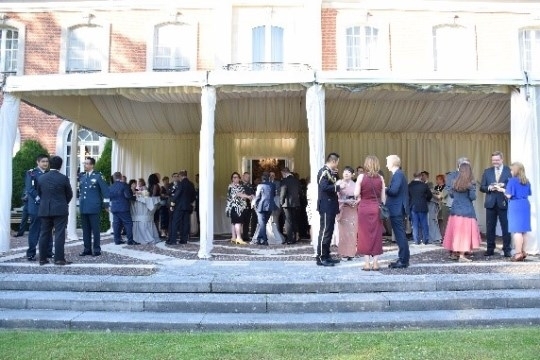