On November 27, the concert “Manyo no Kokoro” was held at the Japan Information and Cultural Centre (JICC) by wahensho (Japanese carillon) artist and composer Yukine, shakuhachi (Japanese flute) artist Katsura Creasion and performance artist Maki Matsunaga. The poetry anthology Manyoshu was used as a motif, and waka poetry on the theme of spring, summer, autumn and winter, and the tale of poet princess Nukata from the era of the Manyoshu, was expressed through wahensho, shakuhachi, and dance performances. Director Kono said that the name for the new “Reiwa” era, which started this year, was based for the first time on a waka poem from the Manyoshu. She further explained that the Manyoshu is the oldest Japanese poetry anthology, and the oldest poem in it is said to date back to the year 759. Manyoshu collected the poems not only those composed by the aristocratic class but also those of ordinary people, writing about themes such as the love for one’s family and admiration of nature, making it a rare cultural heritage. Ms. Kono ended by saying she hopes everyone would enjoy the world of the Manyoshu. After the concert, a Q&A session was held. 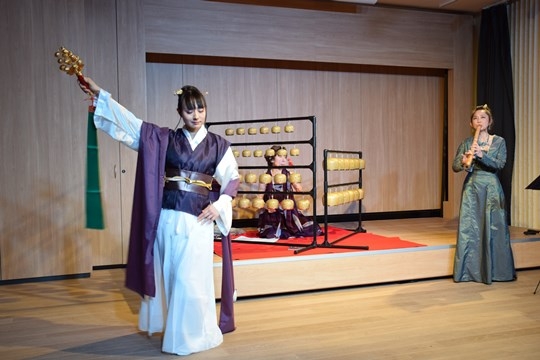 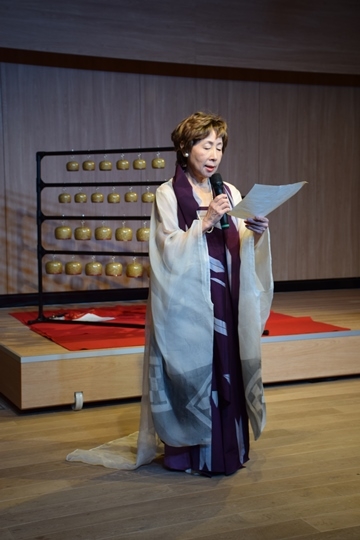 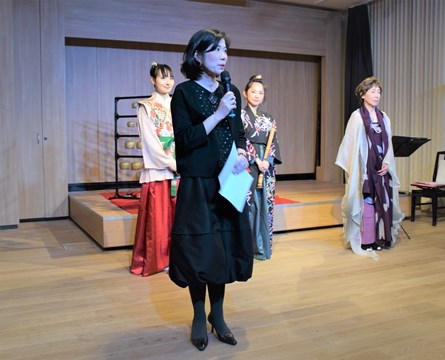