Embassy of Japan in Belgium

On January 23, a reception was hosted by Ambassador Shimokawa at his residence to strengthen networks and cooperation with the Sister Cities. This 7th edition was attended by Mayor of Lasne Ms. Rotthier, Deputy Mayor of Blankenberge Ms. Cloetens, Deputy Mayor of Braine-l'Alleud Ms. Denis-Simon, Deputy Mayor of Hasselt Mr. Dehollogne and Deputy Mayor of Waterloo Mr. Schlösser, as well as other representatives of the Sister Cities and Sister Ports. Ambassador Shimokawa stated in his speech that the year 2020 marks the 55th year since the signing of the Sister Cities exchange agreement between Himeji and Charleroi, and that he expects the organizing of the Tokyo Olympic and Paralympic Games to be an opportunity which will bring forth initiatives for new exchanges. The Ambassador furthermore stated that exchanges between two cities which are both geographically and culturally far apart from one another did not happen overnight. There was always a strong mutual will for cooperation, while overcoming various difficulties, in order to realize a fulfilling Sister City relation. Ambassador Shimokawa ended by expressing his gratitude to all those who have been instrumental in strengthening the Sister City relations.
Following the speech, there was a lively exchange of opinions during which those involved in the sister city relations shared their experiences with one another while enjoying Japanese food and sake together. 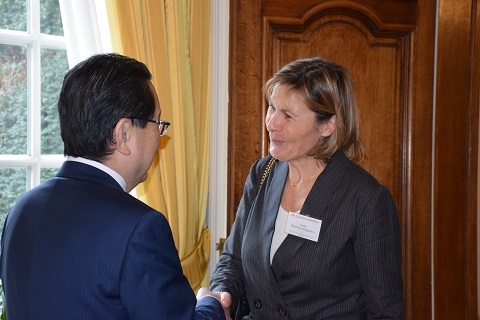 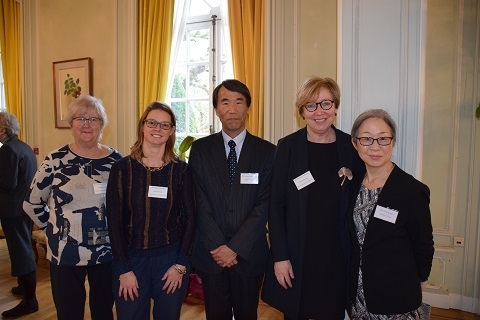 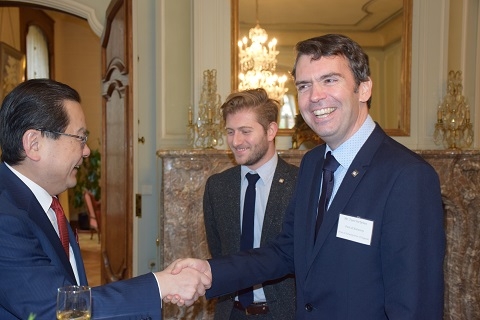 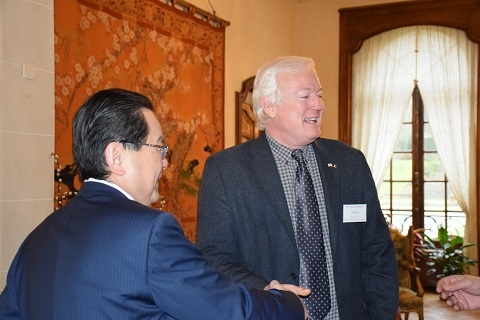 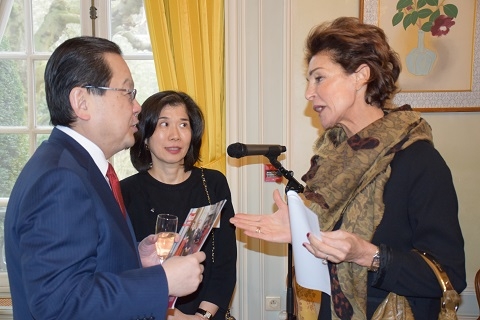 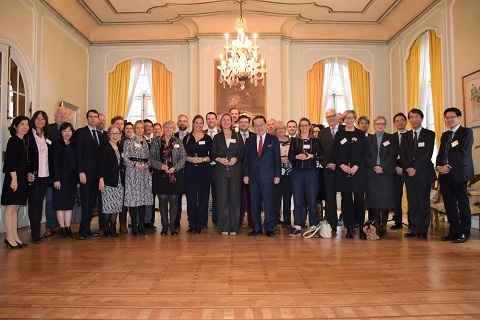