His Majesty the Emperor’s Birthday Reception

On 6 February 2020, Ambassador Shimokawa hosted a reception at his residence in Brussels for celebrating the birthday of His Majesty the Emperor of Japan. Attendants included H.E.Ms. Maggie De Block, Federal Minister for Social Affairs, Public Health, and for Asylum and Migration, as well as Members of Belgium-Japan Inter-parliamentary Union, representatives from international organization such as WCO, and the Belgian Government, Diplomatic Corps, businesses, education and cultural sectors.

Ambassador Shimokawa remarked at the beginning that the reception was the first occasion to celebrate the birthday of His Majesty the Emperor who had acceded to the Throne on May 2019, and expressed heartfelt gratitude for the attendance of Their Majesties King Philippe and Queen Mathilde to the Ceremony of Accession held in Tokyo on 22 October last year. Ambassador Shimokawa noted that Japan and Belgium had enjoyed long-standing relations of friendship and cooperation in various fields, such as politics, economy and culture, as with the traditional and historical relationship between the Imperial family of Japan and the Royal Family of Kingdom of Belgium as an indispensable factor. Ambassador highlighted, under difficult and ever-changing circumstances in the international community, the importance of strengthening furthermore our efforts and cooperation while reaffirming shared common values, such as democracy, freedom, human rights and the rule of law.

Following this, H.E. Minister De Block stated in her greeting remarks that the friendly and manifold bilateral relationship are marked by trust and shared values and stand out because of strong economic ties. H.E. Minister De Block, expressing gratitude to the Japanese investors in Belgium, showed her willingness to strengthen Belgium’s reputation as investor-friendly country. In this context, H.E. Minister De Block expressed the needs to improve the new single permit procedure, which is causing a lot of inconvenience to Japanese investors, and showed her efforts to streamline and simplify procedures. Then, Minister concluded with words of congratulations upon Japan’s hosting of the 2020 Olympics and Paralympics in Tokyo as well as the Expo 2025 in Osaka-Kansai.

The guests enjoyed Japanese foods prepared by the Chef of the Ambassador’s residence and Japanese Sake, Craft beer, Strawberry juice made in Tochigi Prefecture. An atelier was set up to introduce traditional craftwork (gold leaves covering) of Kanazawa City, a sister city of Ghent. Booths of Japanese companies were also set up for introducing their products and technologies. 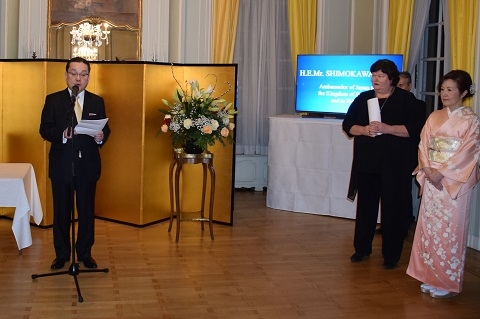 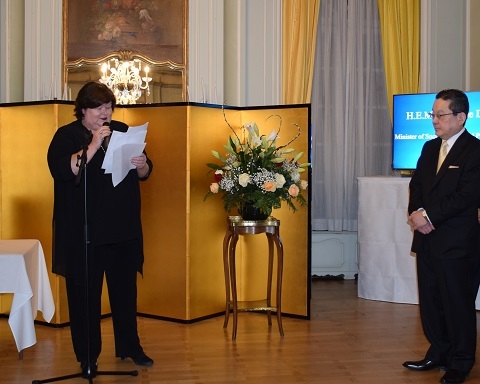 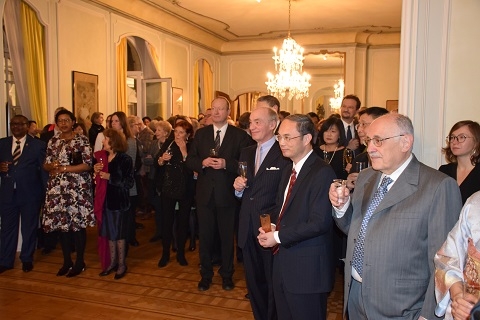 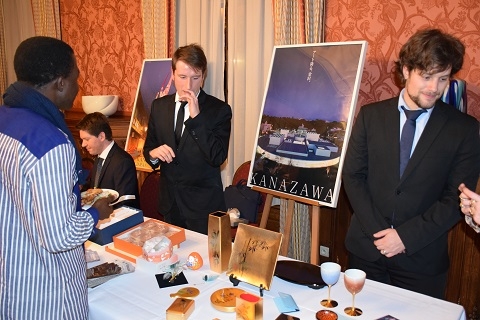 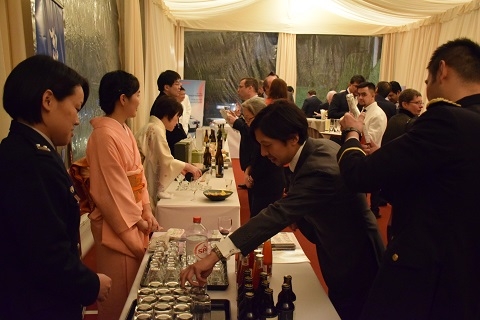 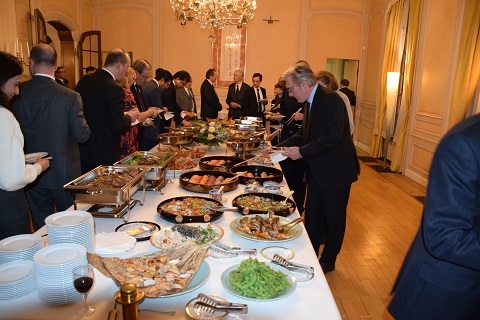