On March 11, the ceremony of the 10th Remembrance Day of the Great East Japan Earthquake was held jointly by the city of Hasselt and the Belgium Japan Association and Chamber of Commerce (BJA) at the Japanese Garden in Hasselt and attended by Ambassador Shimokawa. Opening remarks were delivered by Mr. Dehollogne, Alderman of Hasselt, Ambassador Shimokawa and Professor Declerck, President of the BJA. In his remarks, Ambassador Shimokawa, touching on the current state of reconstruction in the affected area, has expressed Japan's gratitude to the solidarity and support extended by the people of Belgium, and also expressed his hope that the EU’s import restrictions on Japanese food products, imposed since the disaster will be lifted this year marking the 10th anniversary from the event.
After that, the Peace Bell was rung by Ambassador Shimokawa and followed by a silent prayer to renew our thoughts going out to the victims. Finally, at the end of the ceremony, the attendees planted a pine tree, as a symbol of resilience. 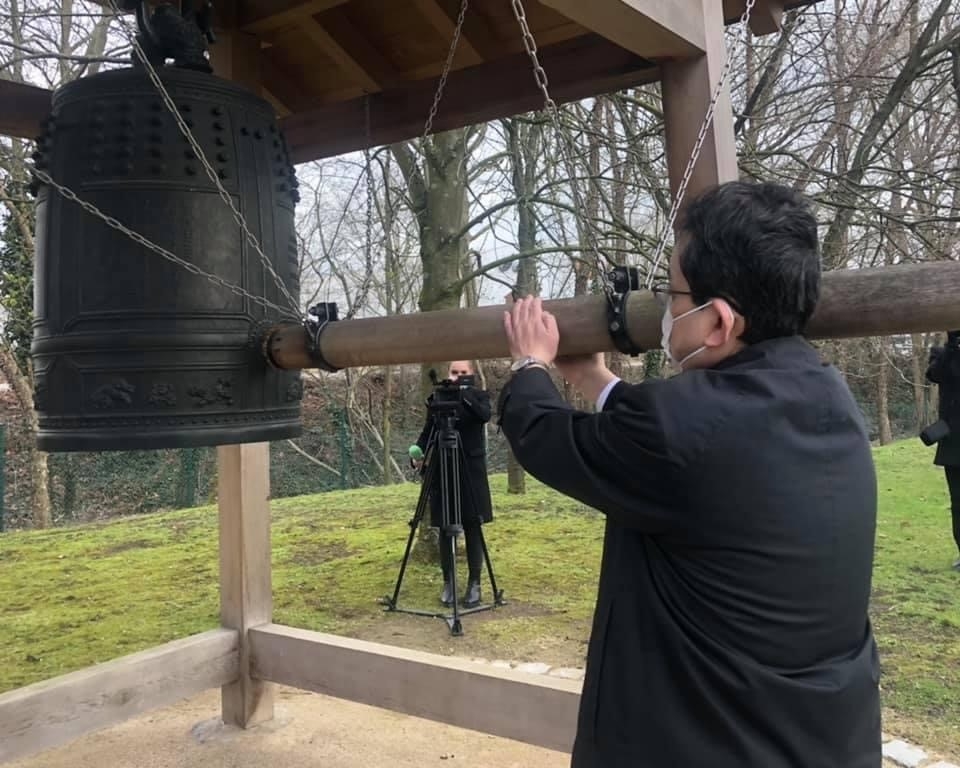 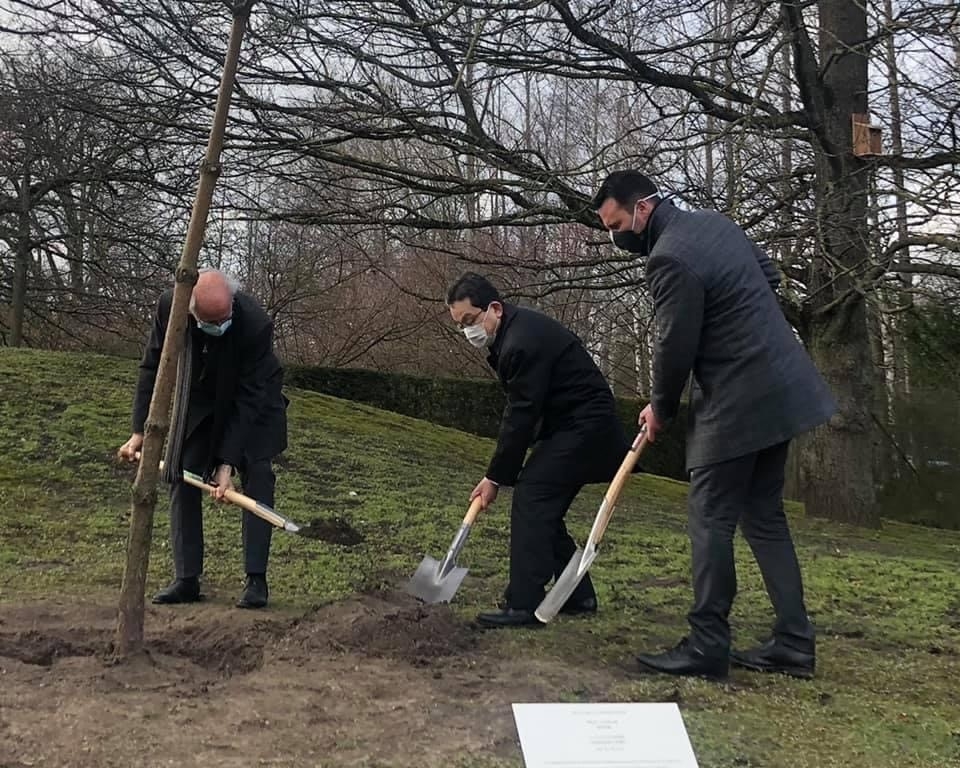