2021/8/31
日本語
On August 31st, Ambassador Shimokawa attended the inauguration ceremony for a new state-of-the-art biotech and sustainable manufacturing unit at the Lessine site of Takeda Belgium. The opening of this unit enables the production of a treatment for patients with emphysema due to congenital alpha1-antitrypsin deficiency. Takeda Belgium invested 118 million euro in this extension, creating additionally about 100 jobs. In total, more than 1300 professionals work for Takeda Belgium that is part of the Takeda Pharmaceutical Company Group, headquartered in Japan.

Apart from the participants from Takeda, including two members of Takeda’s global Executive Team, some representatives from the Belgian authorities were also present at the ceremony, including H.E.Mr. Elio Di Rupo, Minister-President of the Walloon Regional Government, H.E.Mr. Thomas Dermine, State Secretary for Economic Recovery and Strategic Investments, in charge of Scientific Policy at the Federal Government. The representatives respectively emphasized that the Takeda Belgium is playing an important role in the local community and appreciated this additional investment at Lessines site.

After the ceremony, Ambassador Shimokawa attended to the unveiling of a patient portrait installed at the site followed by a visit to this new manufacturing unit. 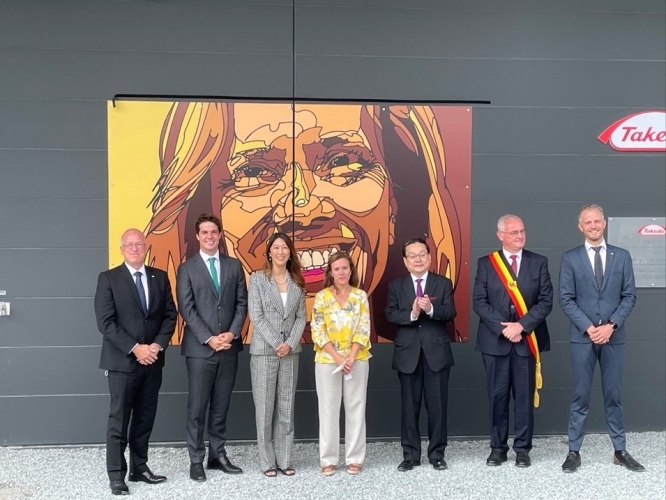 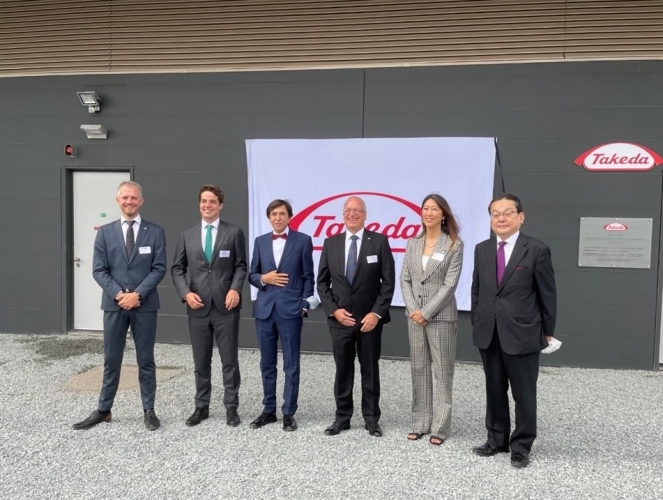 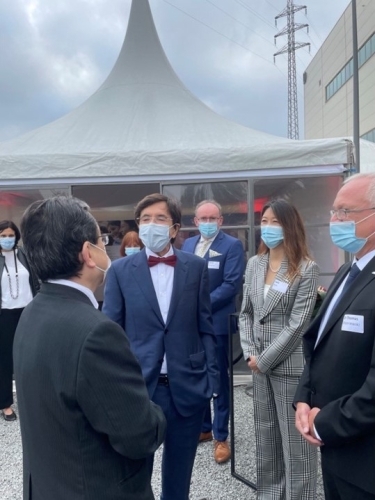