2021/9/3
日本語
On the 3rd of September, Mr. Takabayashi, Minister of the Embassy of Japan in Belgium, attended an event, organized by the BOIC (Belgian Olympic Committee and Interfederal Committee)  to honour the achievements of the Belgian athletes who participated in the 2020 Tokyo Olympic games, as a form of a garden party at the BOIC site.

The Belgian 2020 Tokyo Olympics athletes came up to the stage and the audiences reflected on their great achievements watching the video snapshots.

A moment of silence was observed in a tribute to Mr. Jacque Rogge during the speech by Mr. Pierre-Olivier Beckers, President of the BOIC. Mr. Beckers announced that he is soon stepping down from his presidency after the 17 years of service.

The reception was followed by another important event, the Memorial Van Damme at the King Baudouin Stadium in Brussels, attended by many spectators. 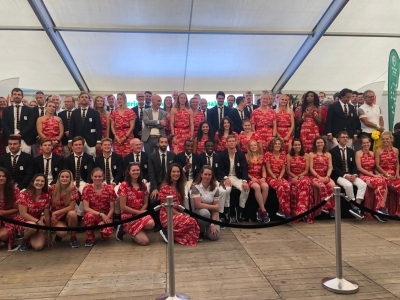 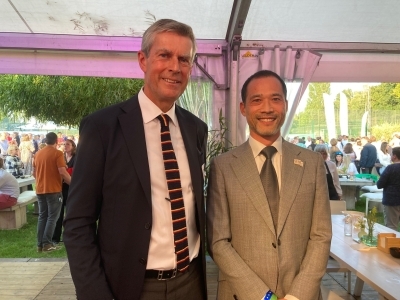 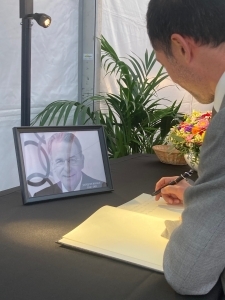