The annual Japan International Manga Award ceremony has been taking place in Tokyo since its establishment in 2007 with a presence of the Foreign Minister of Japan.

This year, it had to be cancelled due to the pandemic.

We held a small reception at our Embassy instead, capturing the opportunity when Mr. Benoît Drousie, who currently resides in Spain, is back in Brussels for a while, together with the representatives of the publisher, Dargaud-Lombard SA.

We would like to congratulate Mr. Drousie on his remarkable achievement and wish him all the best in his continued success as a comic artist. 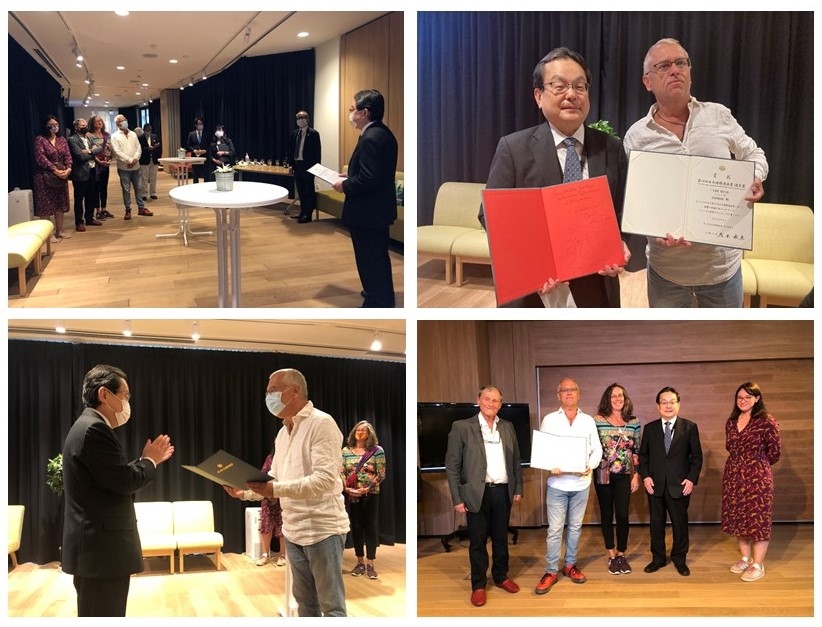