Friendly musical evening for economic partners between Japan and Belgium

2022/4/22
日本語
On April 13, Ambassador Shimokawa invited economic partners between Japan and Belgium who are active mainly in the field of life sciences to a friendly musical evening at his residence. This event was held in collaboration with Newton Biocapital, a venture capital firm investing in the life sciences sector in Japan and Europe. Prior to the networking session, the participants enjoyed a recital that was performed by two Japanese pianists (Mr. Gen Tomuro and Ms. Keiko Shimokawa).
Belgium boasts a thriving life science industry centered on biopharmaceuticals, and the importance of this sector is reflected by its position in the Japan-Belgium economic relations: 77% of Belgium's exports to Japan in 2021 were related to chemicals (including pharmaceuticals), of which the export value increased by about 3.3 times from the previous year, mainly due to increased Belgian exports of vaccines against SARS-related coronaviruses to Japan.
During the event, many participants expressed their interest in Belgium's Economic Mission to Japan to be held in December this year. We hope that this event will lead to the further development of the bilateral cooperation in the field of life sciences. 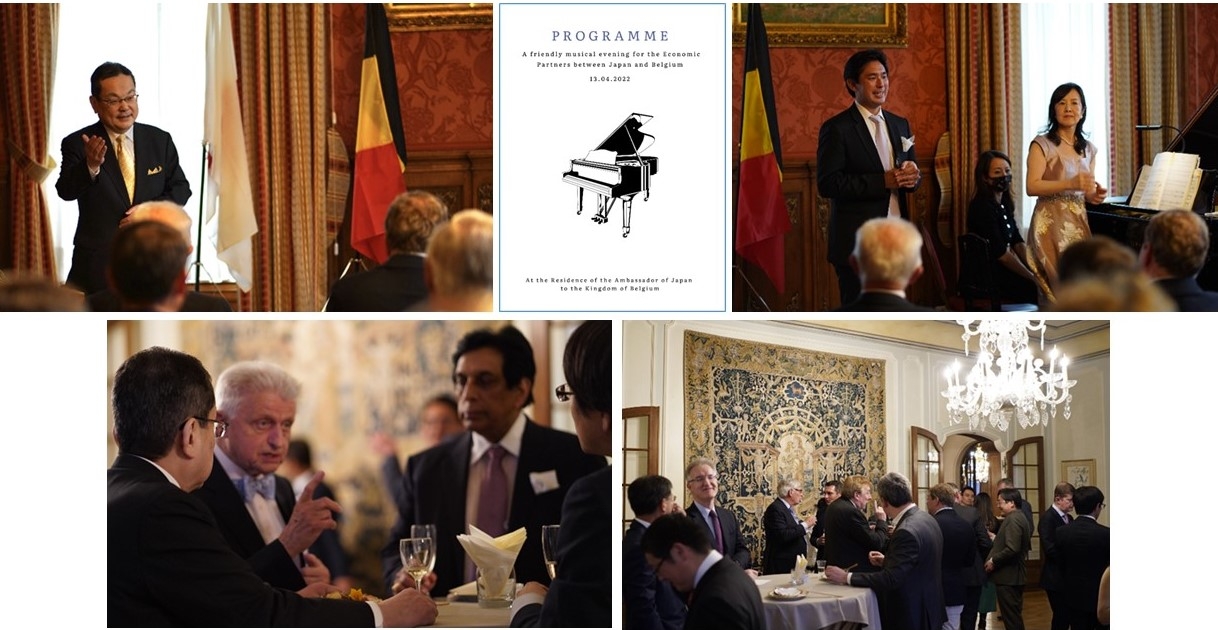