Government of Japan has decided to provide a funding in the amount of US$ 800,000 to WCO (World Customs Organization) to implement its initiative to tackle with the plastic waste issue in Asia/Pacific Region and security issue for Customs’ operation in MENA Region.

The project for the plastic waste management will be supported under the “MARINE initiative”, which Japan launched to realize the “Osaka Blue Ocean Vision”, which was shared at the G20 Osaka Summit last year. The WCO’s project aims to improve knowledge and capacity of Customs administrations in Asia/Pacific region for border management to deal with illegal shipment of plastic waste through activities such as establishing implementation plans and conducting workshops.

On Wednesday 19 February 2020, Ambassador Makita Shimokawa met Dr. Kunio Mikuriya, the Secretary General of the WCO, at the headquarters of the WCO for the exchange of Verbal Notes for the implementation of these projects. Dr. Mikuriya said “Plastic waste management is a new global challenge that the world is facing nowadays. The WCO and the international Customs community can play a major role by coordinating their efforts to minimize and eventually eliminate the destructive impact that plastic waste imposes on the environment”, and thanked the Government of Japan by adding that “the Government of Japan’s continuing support for WCO security-related initiatives goes a long way in further strengthening the security capabilities of Customs administrations worldwide.”

Ambassador Shimokawa stressed that Japan highly appreciate the WCO’s activities under the leadership of Secretary General Mikuriya to address issues faced by WCO Member Customs administrations, such as security, and its active commitment to deal with further emerging issues, such us plastic waste which shared at the G20 in Japan last year. Moreover, he emphasized that the funded projects would continue to render much deeper and stronger cooperation, as well as mutual trust, not only with the WCO, but also with its Members in the Asia/Pacific and MENA region. 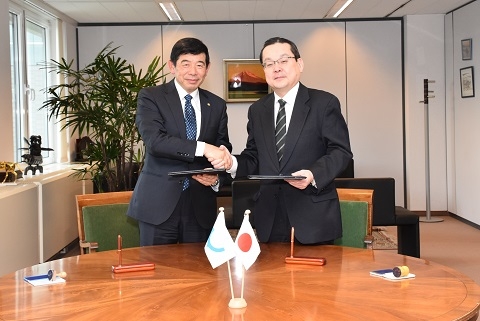 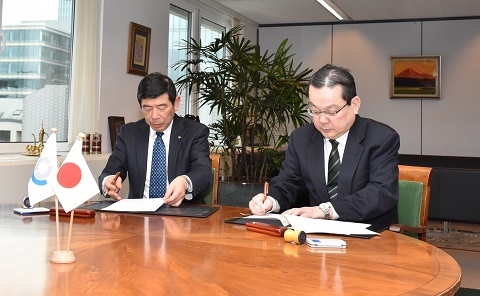