Conferment Ceremony of the Order of the Rising Sun, Gold Rays with Neck Ribbon on Mr. Andreas Thele, Professor at the University of Liege and head of the Centre d'Études japonaises (2020 Spring Conferment of Decorations on Foreign Nationals)

2020/12/19
日本語
On December 15, the Conferment Ceremony of the Order of the Rising Sun, Gold Rays with Neck Ribbon on Mr. Andreas Thele, Professor at the University of Liege and head of the Centre d'Études japonaises was held at the Ambassador’s Residence.
Professor Thele, who specializes in research on East Asian comparative thinking, has been teaching Japanese culture, Japanese philosophy, and comparative thought theory at the University of Liege for over 25 years. In addition, he was instrumental in the formal establishment of the Centre d'Études japonaises (CEJ) as a university institution. Since it was founded in 2010, he has been regularly organizing researcher and student exchanges, aiming to improve the quality of Japanese studies and Japanese language education. He is also teaching Japanese at the University of Mons, playing a central role in the study of the Japanese language and culture in the French-speaking areas of Belgium. For his many years of contribution to the promotion of academic exchange and mutual understanding between Japan and Belgium, he was awarded the Order of the Rising Sun, Gold Rays with Neck Ribbon on the occasion of the 2020 Spring Conferment of Decorations on Foreign Nationals.
During the ceremony, which was unusually modest as a result of the novel corona virus infection control measures that were taken, Ambassador Shimokawa awarded Professor Thele the Patent of Decoration and Badge. The Ambassador spoke in his congratulatory speech about the achievements of Professor Thele, whilst also expressing gratitude, and mentioning the professor’s warm personality. Professor Thele celebrated the award together with his spouse, who joined him at the ceremony.
He spoke in his appreciation speech of how he became fascinated by Japanese culture 30 years ago, and stated he feels greatly honored to receive the award as a result of many years of research and teaching under the guidance of his mentor and through collaborations with his colleagues. He further said he would like to take this opportunity to further deepen academic and cultural exchanges between Japan and Belgium.
University of Liege Centre d'Études japonaises HP (in French)
http://web.philo.ulg.ac.be/cej/ 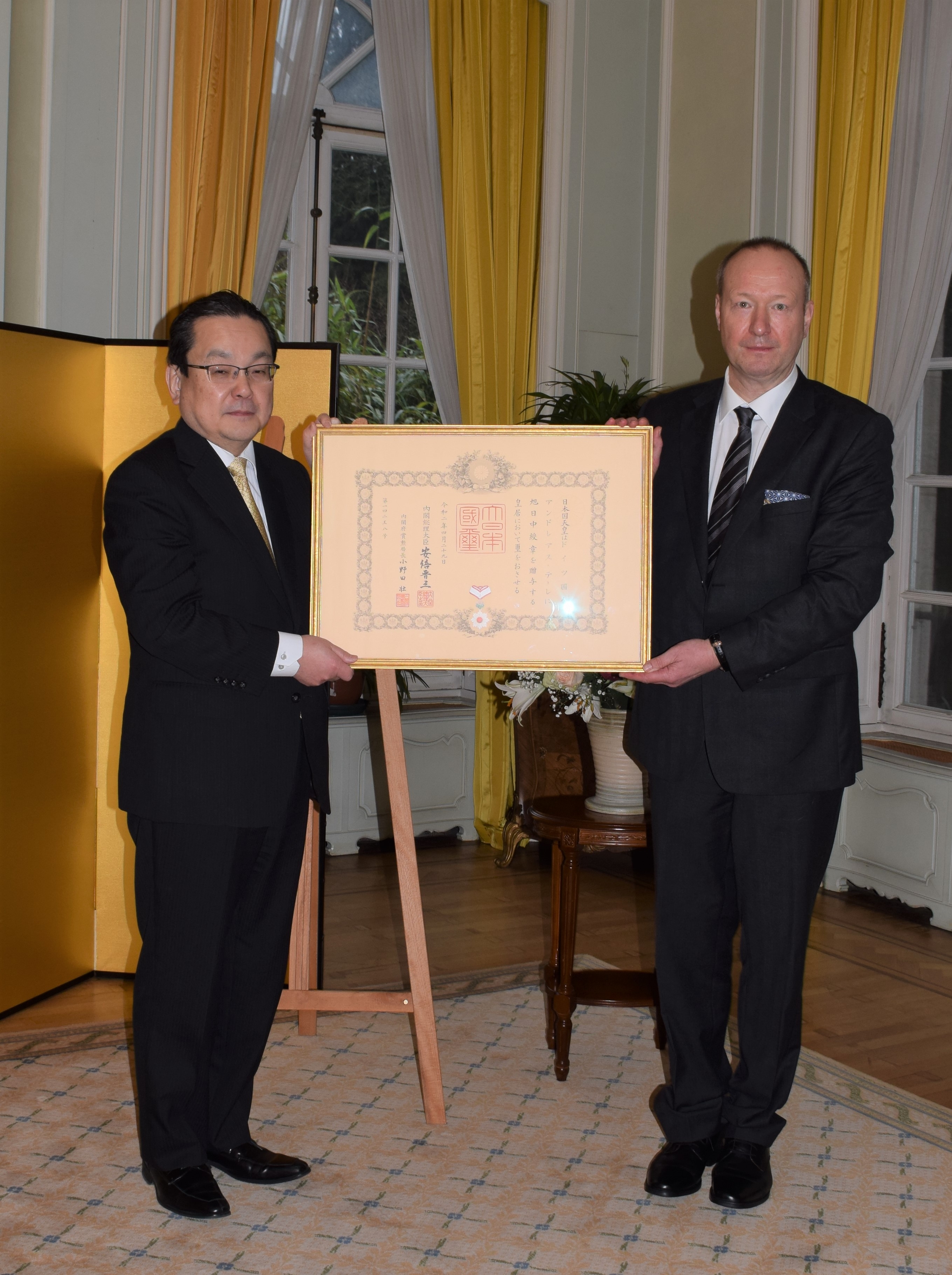 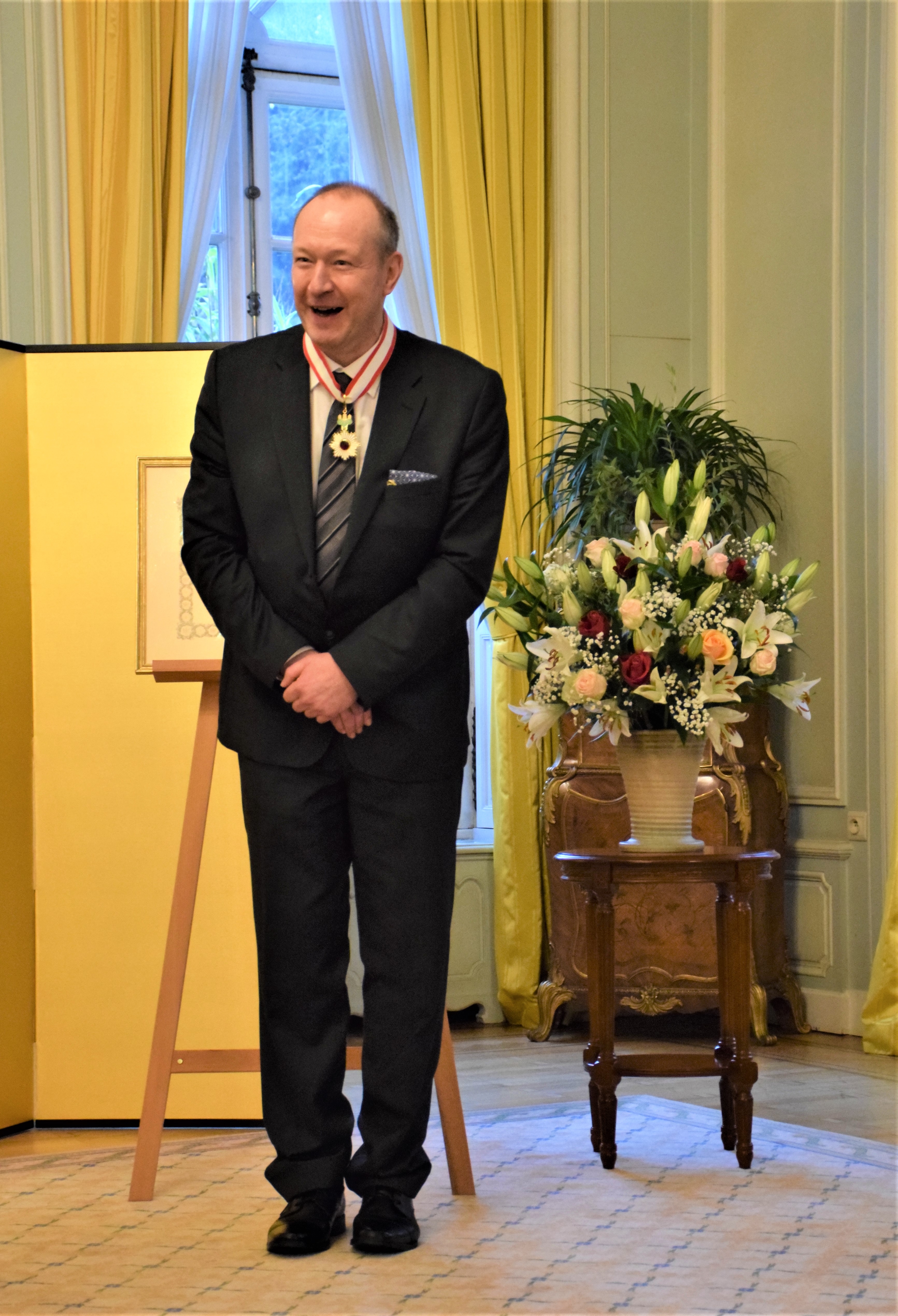